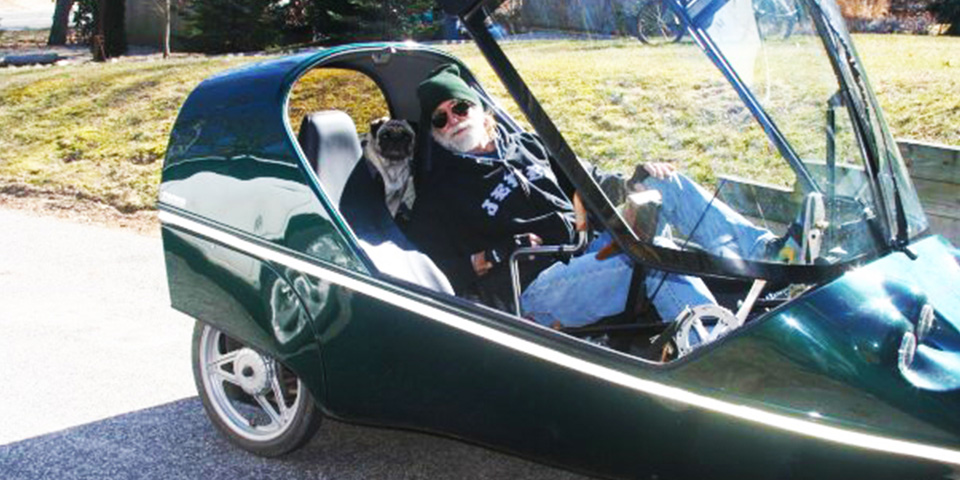 TWIKERider.com was launched in 2009 by Larry Dean Lillie, a long time proponent of electric and alternate fuel technologies as they relate to transportation.

Larry purchased his first Toyota Prius in September, 2001 and became a repeat customer in 2004. The Prius and other gasoline-electric Hybrids are not a perfect solution for our addiction to oil by any means, but they do present a solid mainstream alternative to gasoline powered vehicles.

Despite the Prius' not being a perfect solution, Larry saw great value in demonstrating that  by simply making a purchase decision, one can elevate the awareness of others. In the early days Larry was continually approached by people who had not seen a Prius and those who knew about them, but were unwilling to take a chance on new technologies.

Because of his willingness to discuss the matter and offer test drives, several new Prius owners were minted. In 2008, Larry took things a step further and began commuting to work on a pedal Surrey that he fitted with a hub motor and Lithium Iron Phosphate battery.

Always the ham, Larry enjoyed all the attention that this contraption, affectionately called "The Behemoth" was getting.

He was more thrilled that he was able to prove that a little ingenuity and courage is sometimes all it takes to thwart fossil fuel dependence.

As winter approached, Behemoth commuting became impratical and Larry began to search for an alternative vehicle capable of being operated in all seasons and weather conditions.

Larry's search led to the TWIKE, a three wheeled pedal electric hybrid that uses human power combined with a sophisticated battery drive to get you where you need to go without a drop of oil!  Larry was able to find one of the dozen or so TWIKEs in the U.S. and has been driving his "new" TWIKE in and around the Hamptons since January of 2009.

The TWIKE has gotten even more attention than the Behemoth. Countless people approach and say things like "what is that?" or "how far can you go between charges?"

After several people asked the magic question "how can I get one?" Larry decided to register a business name with Suffolk County and launch this website. The eventual goal is to establish a showroom where the tastemakers of the world who summer in the Hamptons can go to purchase electric vehicles. Of course, it takes a lot to get to that point and Larry's philosophy is that we can start getting the word out immediately even though we currently are not equipped to sell vehicles.

So, there you have it in a nutshell.  Please take a look around our site, click the links to our friends who run similar sites and let us know what you think. If we each take small steps, together we will make a big difference.