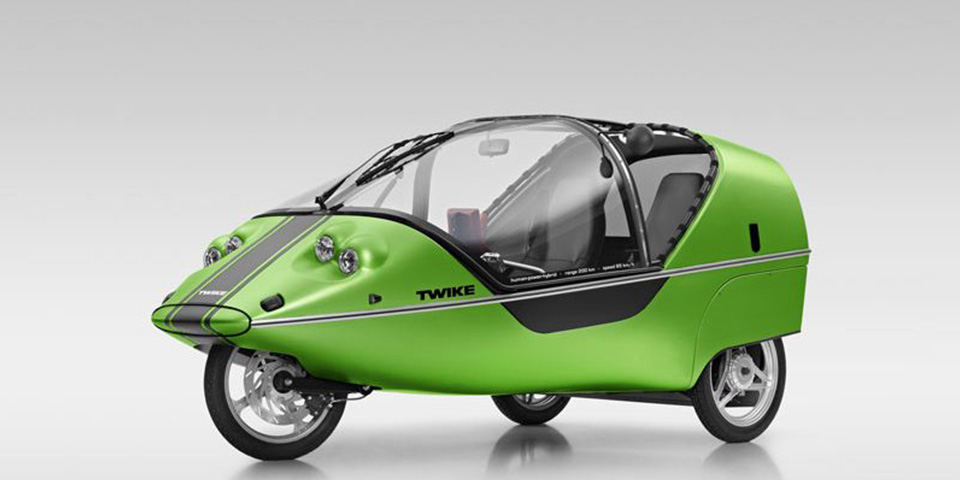 Earlier this week, we took a look at a new, enclosed bicycle concept from Virtue Bikes. It was nice-looking enough, and certainly got our attention, but (as I mentioned in that article) it didn’t provide the sort of 360-degree weather protection that you get from a “proper” velo. In light of all that complaining and negativity, it seemed like a good time to highlight something positive – so, here’s a look inside the German TWIKE.

In my opinion, the TWIKE is the best pedal-electric velomobile you can buy today. Between its low weight, fully enclosed bodywork, top-shelf components, and nearly emissions-free operation, the TWIKE has a lot going for it – but that’s not the most impressive thing about the TWIKE. This is: the TWIKE has been in production for nearly 20 years.

That’s right, the TWIKE is not a concept. It’s not some guy asking for your money in exchange for hopes and promises and (if you’re lucky) a refund if it doesn’t work out. It’s a for-real company that will sell you a for-real product. A for-real, 50 MPH human-electric hybrid product that’s good enough to nearly win the Automotive X-Prize. A for-real product that features proven, real-world capabilities in all kinds of nasty weather conditions. A for-real product you can buy, right now, for about $6800 (in “Pioneer” trim, no less).

If, you know, you live in Europe.

In the past, TWIKEs have been offered in the US for more than $26,000 (back in the heady days of 2007-2008, when gas prices first hit $4/gal. and people still had credit), but- for the moment- that barrel is dry. It’s too mad, too, because I think there’s a tremendous demand for a highly efficient, $6800 pedal-electric trike with a 20 year track record of reliability. What do you guys think? Check out the TWIKE’s cockpit and pedal drive, below, then peruse the specs and let us know what you think in the comments section at the bottom of the page.